View as a pdf 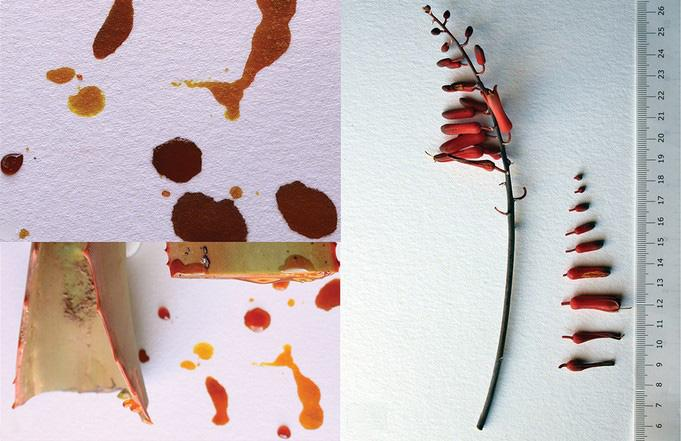 Inflorescence branch and flowers of Aloe sanguinalis. On the left there is the sap as it develops to the rich dark red color, which gave the name of the new species.
Photo by Barkworth M, et al.

The discovery of what we now shall refer to as Aloe sanguinalis (from sanguineus, Latin for blood, in reference to its one-of-a-kind red sap) starts with co-author Ahmed Awale, a leading Somaliland environmentalist, who spotted the large, reddish clumps of the plant, while driving through the country on behalf of Candlelight, an NGO focused on the environment, education, and health.

The species of conspicuous blood-red aloe growing along the roads of Somaliland, spectacular for its large clumps and sap, which once released, quickly turns from yellow to bright red and then to dark-red or reddish-brown, remained unknown to science until last year.